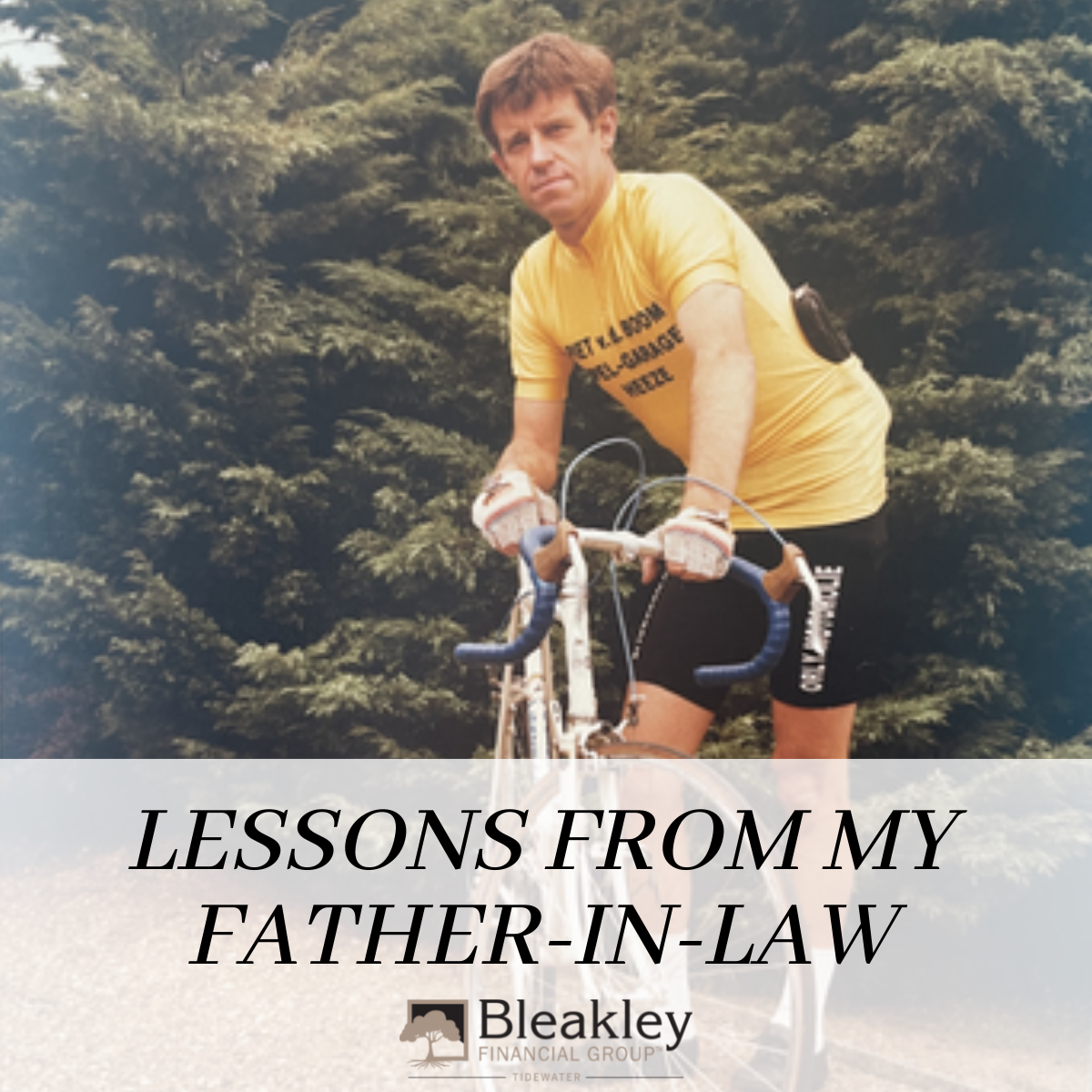 Lessons from my Father-in-Law

Cliché as it may sound, you just never know what life will bring. And how we react to life’s twists and turns is as much of a mystery, perhaps even more so. Often, it isn’t until you’re on the other side of an experience that you can reflect on it. The story of my father-in-law, Piet Philipsen (Harold’s father), who died at age 79 on April 8th of this year, is one that I reflect on often.

Until he was 43 years old, Piet was the epitome of health. He biked (to work, and as a racer on the weekends) approximately 7,500 miles each year. He was a carpenter for a large company in the Netherlands – strong as an ox and stubborn as one, too – and built two homes for his family. And for someone who only had a formal education until age 15, Piet and his wife Riek provided a wonderful life for Harold and his brother.

It was undoubtedly the combination of excellent physical condition and animal-like stubbornness that saved Piet when he was in a life-altering bike accident in 1986 that put him in a coma for 18 days. I know few others who would have fought to live as Piet did. After two years of rehab, he was declared fully disabled and could no longer be a carpenter (he could still ride that bike, though!). Even so, he fought to go back to work where, instead of building, he proudly took a job that consisted of counting equipment and nails, and making sure the facility was clean and organized.

When I met Piet in the late 1990s, he was still working hard: for his employer, in his amazing garden, or doing things around the house for Riek. He would take care of people in the community, too, and was often found smiling as he lent a hand to a friend or neighbor, or their church.

After years of making their life in the Netherlands, Piet and Riek retired. During retirement, Piet developed osteoporosis and broke many bones. However, to say that osteoporosis was the only cause wouldn’t quite be accurate; there was, predictably, usually a bike involved. No matter how bad the injury - a snapped femur being one of them - Piet was always positive. That’s just who he was.

We were so fortunate that Piet and Riek visited us in the States many times. Funny, although he only spoke about three words of English, that never stopped Piet from having robust conversations with people he’d meet. He was so outgoing and curious that language was never a barrier. He spoke in Dutch, they spoke in English, and somehow, they always understood each other. Ah, the power of human connection. It’s absolutely universal.

Piet’s health really started deteriorating in the fall of 2019. Harold’s brother, also Piet, who lives close to his parents, became the “go-to” whenever Piet and Riek needed help, a more and more frequent occurrence. Our sister-in-law, Jacqueline, helped when she could but also had responsibilities to care for her own widowed mother. And they had two teenage kids at home, too. Meanwhile, Harold started going to the Netherlands regularly to see his parents and give his brother a break. It’s a familiar tale for many: his parents were aging quickly and one sibling bore the vast majority of the responsibility due to proximity.

In late 2020, Piet’s upbeat personality began to falter with his health. He had experienced extensive brain damage and seizures over the years as unfortunate side effects of his biking accident. That, combined with his many broken bones, showed their significant toll in his advanced age. Before they were ready to, but recognizing their situation, Piet and Riek moved out of their home and into an apartment to access better care.

We took one last trip to the Netherlands with our entire family in late 2021.  This spring, Piet more or less gave up, acknowledging that life was not what it used to be.  In early April, after another trip to the ER,  Piet called for his Last Rites. In doing so, he showed us all how to acknowledge and celebrate the end of a full, meaningful life. Piet was transferred into hospice care, which was extraordinary. Harold and his brother got to spend their father’s last days with him, along with other close family. This in and of itself was a wonderful gift.

Piet’s funeral was held in their small Dutch town. It was nothing short of amazing, filled with wonderful stories and a community of supportive family, close friends, neighbors, and community who enveloped Riek and haven’t let go of her since. Piet and Riek had discovered the “green” cemetery site years prior, bought their plots, and made plans for their burials. This proved to be another gift for their family, who didn’t have to worry about the expenses and arrangements in their grief.  The 9 of us buried his ashes on June 7th among the sounds of birds and the waving wildflowers of the green cemetery.

In all my reflections, I am struck by the many different ways Piet’s story could have ended. Had he and Riek not been prepared, had they refused to leave their home, had they not had access to fantastic, honorable end-of-life care. Had they not lived in a small town and close community.

In many ways, we will never be ready for the end of a life, whether our own or that of someone we love. However, we can give our loved ones the gift of being able to grieve and celebrate life in solidarity, without worrying about anything besides moving forward and honoring our memory. This is the gift Piet and Riek gave their family, our family. And I will always be grateful that my reflections are not marred by a messy estate plan, incomplete burial arrangements, or fights over end-of-life care. Instead, I think of Piet biking, working, and laughing. Strong as an ox and stubborn as one, too. And I smile every time.